THE HISTORY OF PET GROOMING

by Madeline Bright Ogle
Excerpt Chapter 1, “The Heritage of Pet Grooming”
Book: From Problems to Profits

Copyright 1989, 1997 Madeline Bright Ogle, All Rights Reserved
Published here with the permission of the author.

Many reference materials attest to man’s fondness of pets, but no books trace the origins of pet grooming. However, there are occasional references that shed light on the art of pet grooming. Ferdinand Mery, authored The Dog (London, 1970). In it, he established that dogs were first perceived as useful to man as early as 4240 B.C. Mery mentions unusual religious totems with dogs depicted in their sculpture. As centuries passed the dog eventually became commonly accepted as a pet, and is now considered “man’s best friend.”

In past centuries, pets have lived comfortably in the castles of Kings and Queens. They have served as working dogs in the marketplace and traveled with entertainment groups. Art from the fourteenth through eighteenth century depicts small dogs and cats near the footstools of ladies of the Court. In other paintings small pets sit with their masters on lounges and chairs. Another shows a young man standing next to his spaniel. Frequently, the images depict larger breeds sitting on the floor next to their masters.

The Elizabethan era reveals some the earliest historical evidence of pet grooming activity. While the method of grooming is unclear, the pets are clean and well-groomed. Perhaps groomers in the marketplace cleaned them. One such grooming lithograph shows a dog being sheared while sitting on a lady’s lap. Women shearing dogs is also the subject of etchings.

In 17th century France, the poodle was the official dog at court. The era of King Louis XV of France reveals the first official records of dog grooming parlors. Rare books of the 19th century mention dog grooming in Europe. The Book of the Dog (Vero Shaw, 1879) refers to the existence of dog grooming in England. Specific grooming recommendations such as washing, grooming, and coat conditioning occur in Ashmont’s Kennel Secrets, (Boston, 1893). Pet groomers have a historical record of which they can be proud.

Over the years, attitudes have been changing toward many animals. Animals that provided carriage for thousands of years, such as horses, mules, and camels, are now replaced by advanced developments in transportation. Many of these animals have different uses presently and maintain a special relationship with man. However, none are move beloved as pets than dogs and cats. And what man loves, he care for and protects.

I hope you appreciate and admire, our heritage as groomers. You’ve chosen a field whose history shows it as both an occupation and an art. Similarly, the practice of medicine provides a necessary function for man’s existence, yet the practice of medicine is an art. Unless you know the history of your profession and the revolutions taking place in your field, you are unlikely to succeed. Too many of today’s pet grooming salons are as outmoded as a horse replaced by an automobile.

The Evolution of Pet Grooming Salons

The roots of today’s salon lie in the marketplaces and palaces of the past. This is where groomers were first advancing our chosen field. Pet grooming salons as we know them today simply did not exist. More recently, kennels offer grooming services so pets return to their owners clean and smelling fresh. Also, many veterinarians have added pet grooming services so their client’s pets are clean and fresh when picked up. Some neighborhood pet shops and major retailers have also expanded into the service business by offering pet grooming services.

Before the 1940’s, “doggie barbershops” went into business. These shops had very little room. The entire operation consisted of three or four cages, a table, and a bathing and drying area. Pedestal and blow dryers were not yet introduced. Some doggie barbershops still exist though their number is decreasing. The burgeoning pet population demands modern and professional pet grooming services.

Some of the shops provided grooming using unsafe and ineffective cage dryers. Lacking air conditioning, these “sweat shops” were already hot. With the introduction of pedestal stand blow dryers in the 1940’s they became nearly unbearable for employee and pet. Trimming was laborious without electric clippers and modern supplies. No more than eight dogs a day can be in this environment and owners can only earn a limited income.

The late 1940’s introduced new grooming tools. Yet, the biggest contributing factor to today’s vast pet grooming market occurred in the middle 1950’s. This is when the population explosion of dogs and cats began. The opportunity for pet grooming to become a viable profession had arrived. Pet grooming began to move out of the back room and away from the edge of town in rundown buildings. It moved downtown, to main street.

Through the centuries the pet dog and cat became an integral part of the family. When the United States zero birthrate became a near reality, Americans brought more pets into their homes than ever. The population, especially of smaller breeds like the Poodle, Pomeranian, Sheltie, Lhasa Apso, Shih-Tzu and Pekingese, exploded. People loved the furry cuddliness of their little friends. With the movement toward townhouses and condominiums, the smaller breeds fit better in the confined spaces of the new homes. They took up minimal space and were well-mannered travelers in automobiles. Perhaps the preference for smaller breeds is a functional necessity for today’s lifestyle. The question is, will grooming salons make the adjustment demanded by the changes in our modern day clients and their pets?

Pet Grooming Salons Into the Next Millennia

The ideal salon has stainless steel tubs with special drain traps designed specifically to catch the pet’s hairs. It has an automatic lift to set the larger pets in the bathing tub and a washer and dryer for towels. It includes ceiling-mounted blow dryers. No more hairballs in the dryer’s wheels and enough blowing power on medium heat to dry pets efficiently. The clippers have special wiring that boost amperage and yet operate at cooler temperatures. It has the latest design in cages built to last many years. Improved lighting enables employees to inspect the quality of their work. An emergency generator for power outages allows business activities to continue uninterrupted. The tiled bathing department has maintenance procedures posted. The advanced sanitation procedures include a “potty-walking” area.   ♦

LOST HISTORY OF THE CANINE RACE

By Mary Elizabeth Thurston
anthropology/museology
Excerpt from Chapter 9, “Eye of the Beholder”
Book: The Lost History of the Canine Race

Renaissance canines fortunate enough to live with doting aristocrats often enjoyed the same opulent fashions as their masters. Tended to by professional groomers called “demoiselles,” curly-coated retrieving breeds (thought to be progenitors of the modern Poodle) invited creative embellishment in the hands of itinerant canine stylists.

The “Continental” clip, a partial, stylized shearing of the dog, was an instant hit with the well-to-do, as they transformed their pets into pseudolions–personal emblems of power and prestige. The Continental clip experienced a second surge in popularity nineteenth-century Paris, where on any Sunday, citizens would be seen leading their dogs to the banks of the Seine under the Pont-des-Arts, to awaiting demoiselles. For a fee, the animals would be lathered, immersed in sulfur water (to kill fleas), then sent fetching a stick tossed into the river, after which they would be dried then clipped to their owner’s desire.

It was during this time, too, that canine coiffures were increasingly patterned after women’s hairstyles. The “tonte en macarons,” a cascade of coiled hair first worn by Princess Eugénie, wife of Emperor Napoleon III, became the rage in the 1890s, inspiring the “caniche cordé,” or corded poodle. These dogs still sported Continental clips, but now the fur on the shoulders and head was encouraged to mat until it formed ropelike coils that trailed the ground.

Already rattled by the growing presence of women in the world of dog breeding, some old-school sportsmen grumbled that traditional working breeds were compromised by fashionable grooming styles. “Some owners tie the hair atop of the Poodle’s head with a ribbon and send him out like a little girl going to a party,” fretted Ernest Baynes at the turn of the century.

The Roaring Twenties ushered in a new fashion era for women and dogs alike, who now had their tresses shorned in perky “page boy” bobs, reflecting a new spirit of rebellion against rigid Victorian moral strictures. Many newly liberated women–single, wealthy and in no hurry to settle down–abandoned their dainty lapdogs for more “manly” breeds, such as Newfoundlands and German Shepherds, then impertinently had the animals shorn in the same “feminine” fashion as the Poodles.

Rebellious canine fashions resurfaced again in the 1960s as hair and clothing styles popularized by student protesters filtered into mainstream society. Poodles seen strolling in New York’s Central Park still sported Continental clips, but now they were canine equivalents of “flower children,” appropriately attired with real or plastic daisies, and in some instances, dyed in psychedelic swirls of green, pink and yellow. And for the first time in history it became fashionable to own mongrels, the more mixed the animals’ “racial” makeup the better. Reflecting their counterculture popularity, the coats of these dogs were left long and natural.

More recently, fancifully coifed canines have been the subject of popular parody, as in a Lynda Barry cartoon depicting a defiant, snarling Poodle with spiked hair, reading, “He’s small, he’s black, he’s MAD AS HELL–he’s a POODLE WITH A MOHAWK. You’ll never call him Fifi again!” In the same vein, unkempt Poodles have become metaphors for anarchy, as reflected in the popular movie Batman Returns (1992), in which a bizarrely matted Miniature Poodle is employed by the evil Penguin to carry bombs around Gotham City.

On the advent of the 21st century, canine fashion has overcome its image as a snobbish excess to be reborn as a legitimate means of expressing concern and affection for companion animals. Now a well-groomed and adorned dog seems not so much to symbolize the domination of civilization over nature, but the canine’s mastery of the human heart. 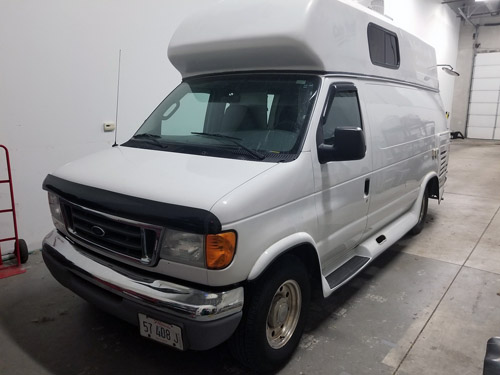 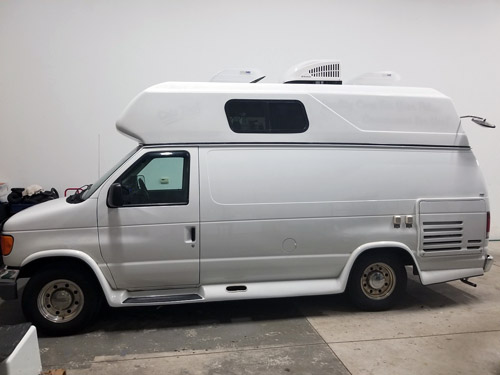